The Cannes Film Festival is probably my favorite season of the year – even though I don’t go to the festival and have to wait until November to watch most of the line-up at the Sao Paulo International Film Festival. But is impossible not to get excited with all these incredible films coming out in a single place where major titles have passed and have been awarded, continuing the tradition of celebrating cinema at its best in a time where people are focusing more on small screens than the big one. With the recent announcement of the official line up, we can expect great things in this year’s edition.

2018 was not a very good year at Cannes, which I’m not sure if it was because of the curatorship or everything that it was expected to come out wasn’t actually ready for the submission at the time. I have seen twelve movies from last year’s Cannes competition and I must say only four or five titles are actually good – something completely different from the previous editions, where even the not so good films were interesting to watch. This year, however, many films from directors that had their film competing in 2016 are back: Jim Jarmusch, Kleber Medonça Filho, Xavier Dolan, Ken Loach, Pedro Almodóvar, the Dardenne Brothers and Bruno Dumont. Not only that, the festival is also giving an honorary Palm d’Or to one of my favorite actors of all times, Alain Delon.

With all this excitement, I’ve decided to share some titles to look forward to watching this year.

“A Hidden Life” by Terrence Malick

Probably the most exciting film at this year’s Cannes Film Festival, A Hidden Life is Terrence Malick’s latest film which has been in post-production for years. It’s also his newest film since his divisive trilogy (To the Wonder, Knight of Cups and Song to Song), which feels like he will return to a style more similar to films such as The Thin Red Line and The New World by telling a story about an Austrian who is executed by the Third Reich in 1943 for refusing to fight at the Second World War is. Not many things are known from this project, except the great cast composed by August Diehl, Matthias Schoenaerts, Bruno Ganz.

Even though everybody is still waiting for The Death and Life of John F. Donovan – which should come out on the internet in July, thanks to the French DVD release – Dolan didn’t waste any time with this new project and returned to the festival that seems to love him with a film that according to him, is about friends made with friends. Starring Xavier Dolan himself, Harris Dickinson and Anne Dorval, it looks like we’ll have two Xavier Dolan films to watch this year and I couldn’t be happier. It’s also very likely that he’ll receive some prize from the festival since he won the Jury Prize for Mommy and the Grand Prix for It’s Only the End of the world. 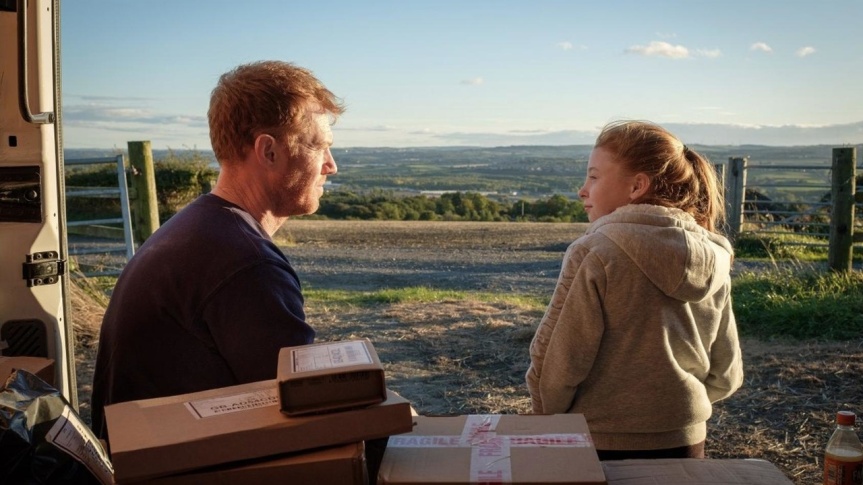 “Sorry We Missed You” by Ken Loach

Another darling from Cannes Film Festival, Ken Loach won the Palm d’Or back in 2016 with his latest film I, Daniel Blake. Having competed several times for this prize throughout the years with many titles, the British director is back with a movie about the lower-class in modern Britain and the difficulties they go through – a theme Loach is known for exploring on-screen. Thanks to his impressive filmography, Sorry We Missed is definitely a film to keep an eye out to watch this year. 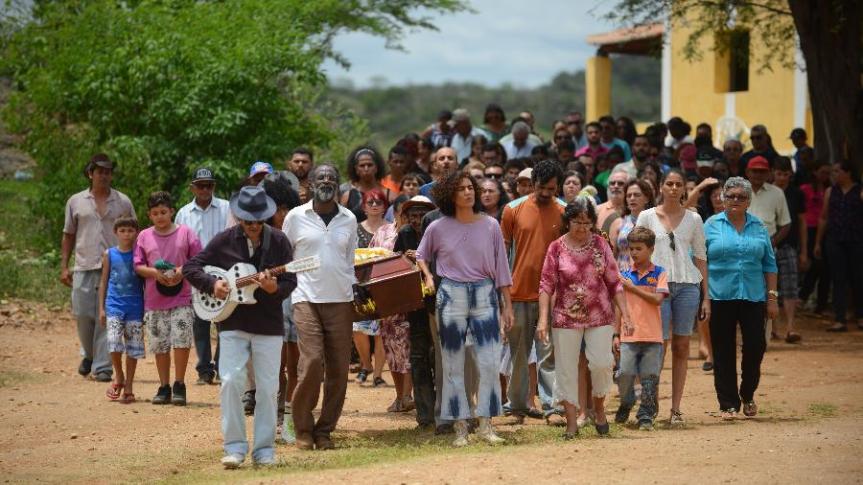 It’s very sad that Brazil doesn’t have a big participation in international festivals and film awards, with a small representation of films such as City of God, Central Station and Keeper of Promises, which latter won the Palm d’Or back in 1962. Sadder than that is the fact that Brazilians don’t watch Brazilian movies or even got to the movie theater for that matter. Kleber Medonça Filho, however, seems to be making history with his second feature film to compete for the big prize at Cannes Film Festival, after having his incredible Aquarius premiered in 2016. This year, he is returning with Sônia Braga and an international cast of Udo Kider, Johny Mars and Chris Doubek to unfold a mysterious plot in Brazil northern zone.

The Cannes Film Festival only accepts films that haven’t been released anywhere in the world, but Pain & Glory seems to have become an exception since the film has come out in Spain and Mexico already. This must be happening because Pedro Almodóvar held the president Jury’s chair back in 2017 or the film is really, really good. Being his latest release since Julieta, the film tells the story of a film director who reflects about his life and the consequences that brought him where he is. Probably a very personal film from the Spanish director which has already received an astonishing trailer.

“The Young Ahmed” by the Dardenne Brothers

Another favorite from Cannes Film Festival, the Dardenne brothers have built an impressive body of work with films such as La Promesse, Le Fils and the two Palm d’Or winners Rosetta and L’Enfant. Even though his latest two films didn’t have the same power from their movies from the 90s and early 2000s, the Belgian brothers are back with a new film that tackles themes such as terrorism, religion, and immigration about a teenager who plots to kill his school teacher after embracing an extremist interpretation of the Quran. 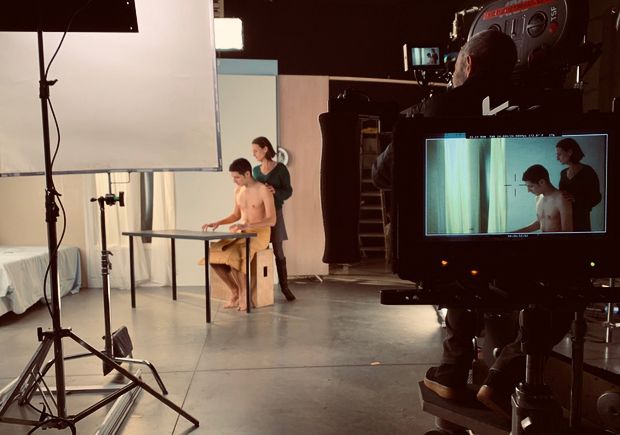 Competing at the Un Certain Regard session at Cannes Film Festival, Christophe Honoré seems to be back on track after his incredible Sorry Angel, which competed for the Palm d’Or last year but didn’t win anything. This year, he is bringing Vincent Lacoste and Chiara Mastroianni together in a film about a couple who after they separate, the woman rents a room across the street to observe her ex-husband.

Mia Hansen Løve has created an incredible body of work with films such as Goodbye First Love, Eden, Things to Come and Maya. Even though we don’t know when Bergman Island is coming out, we can expect her new film to appear on any festival throughout year. Starring Mia Wasikowswa and Anders Danielsen Lie, the movie “revolves around an American filmmaking couple who retreat to the island for the summer to each writes screenplays for their upcoming films in an act of pilgrimage to the place that inspired Bergman.”

“By the Grace of God” by François Ozon

François Ozon is another director who has recently been making incredible and diverse films such as In the House, The New Girlfriend, Frantz, and The Double Lover. This year, the French director is focusing in a story about a man who was abused by a priest during his childhood and decides to speak up later in life when he discovers the priest is still committing the same act with other children. The film has already been released in some places and stars Melvil Poupad and Denis Ménochet. 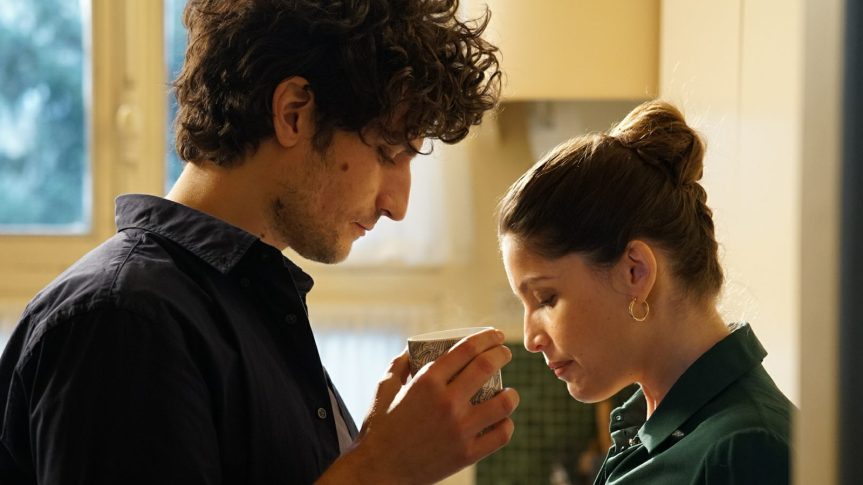 “A Faithful Man” by Louis Garrel

Another film that has been released in some festivals and countries, A Faithful Man is Louis Garrel’s second feature as a director after the incredible Les Deux Amis. Once again, Garrel, who also acts in both films, talks about a theme that he knows best: a complicated love triangle in modern Paris.  Even though the film doesn’t have many good reviews, is impossible not wanting to watch his latest film, which also stars Laetitia Casta and Johnny Depp’s daughter, Lily-Rose Depp.

And for last but not least, Consequences is a very unknown film from Slovenia that I’m dying to watch. It will probably come out in some film festival here in Brazil, but the true reason I’m looking forward to this film is because it talks about themes that I’m interested in, like detention centers and masculinity. The movie talks about an 18-year-old gay boy who is sent to a youth center and needs to fight for his place within the group of inmates while getting closer to the leader, who he develops a certain attraction to. The film premiered at Toronto Film Festival last year and is currently being part of the line-up of several film festivals around the world.

What about you? What are you looking forward to watch from Cannes Film Festival and other upcoming titles?

Guiherme Spada, 28, is a brazilian filmmaker, writer and cinephile from São Paulo. He graduated in Film in the US and has written, directed and produced five independent short-films and has several film credits. He has also worked as film festival jury and foreigner correspondent to a major brazilian film website. He started writing about film and music in 2007 at Arte à Sétima, until he broadened his themes to create Papiro & Mint in 2014.