It’s that time of the year again! Even though I haven’t seen some major films such as Babylon, The Whale, Women Talking, and some other major titles that many people are putting on their 2022’s list, I’ve decided to share my final top 10 not only because I’m happy with this cannon but I also wanted to talk about the movies that I had the opportunity to watch on Parisian cinemas, something that was very important for me this year.

Despite 2022 being a very good year for me, I must admit it wasn’t a very great year for cinema. Many titles that I was simply dying to watch ended up being just pretty good films, while many others that I was curious about were just pretty regular ones, or even bad! There were just a handful of films that I ended up loving, so because of that, I’ve decided to do something that I haven’t done in years, which is publishing only 10 movies that I consider the best of the best. So here they are: 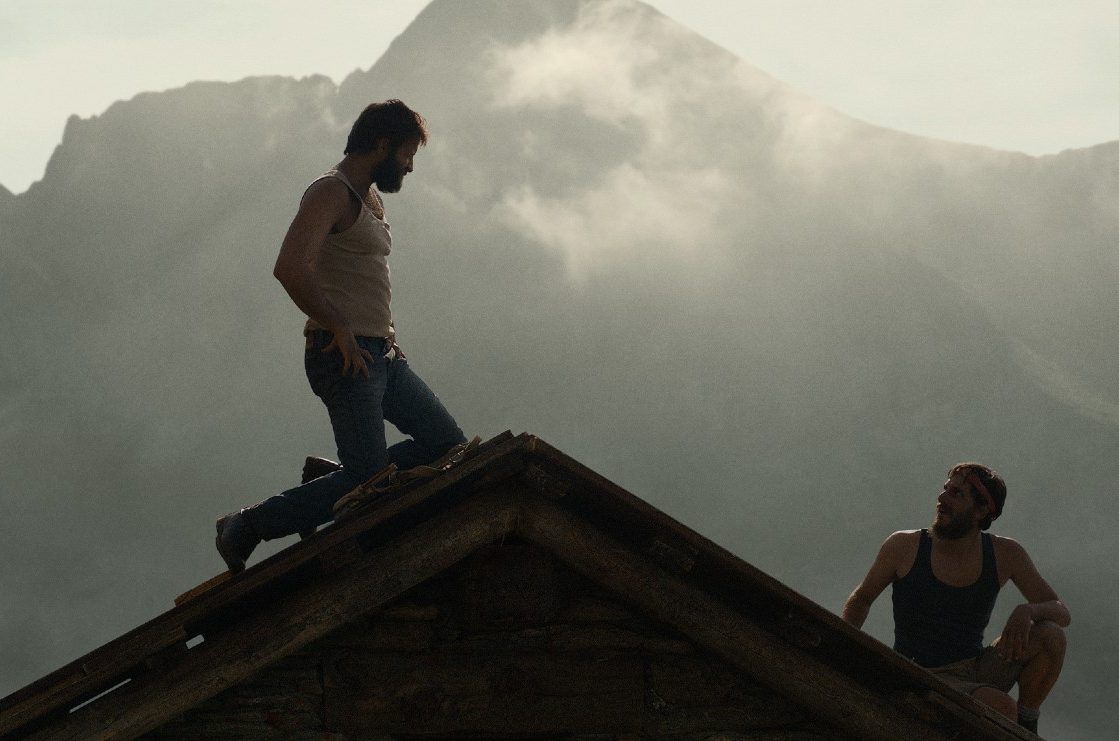 10. “The Eight Mountains” by Felix van Groeningen and Charlotte Vandermeersch

Watched in the presence of the directors of the movie here in Paris, The Eight Mountains is a beautiful coming-of-age story about friendship and finding one’s purpose in life. Shot with outstanding cinematography, the movie follows the story of two friends growing up together in the alps, and how their relationship with the mountains and their social background affect their lives throughout the years. It’s a very light but heart-warming story about the relationships we create through life, that being with people, places, and even ideas.

Being one of the movies I was most excited about, Tár is probably one of the most interesting experiences of the year for having a script and editing that plays with the audience’s mind in ways you wouldn’t normally expect. Running for almost 3 hours long, Tár is an energetic piece about one of the most famous orchestra conductors of our modern times that sees her reality slowly falling apart when a ghost from her past catches up with her. More than that, Todd Field’s movie raises important questions about social media, artists’ egos, power structure, ethics, and one’s relationship with art. Not to mention Cate Blanchett delivering the best performance of the year.

08. “The Northman” by Robert Eggers

It’s a little sad to see The Northman kind of forgotten in most of the best movies of the year’s list since it was released back in April, because this is truly a memorable movie. Being Robert Eggers’ third feature, the movie tells the gruesome, violent, and interesting story of a Viking who loses everything after his uncle kills his father. Despite being very Hamlet-like, The Northman is full of interesting twists, with draw-dropping scenes that homages the nordic culture in ways that I dare to say haven’t been done in such an accurate and passionate way before. Not to mention it’s way better than other big-budget films of this year such as The Batman and Nope, in my opinion.

A movie that really won my heart is James Gray’s Armageddon Time, a semi-autobiographical film about a Jewish boy growing up in 1980s New York. Gray has really been doing some outstanding work throughout the years and it’s a shame no one seems to recognize it. With beautiful cinematography and an amazing performance by Anne Hathaway, Anthony Hopkins, and Jeremy Strong, the movie is a coming-of-age story that deals with important themes such as racism, culture, and family, while also being a homage to François Truffaut’s The 400 Blows. Definitely one of my favorites this year. 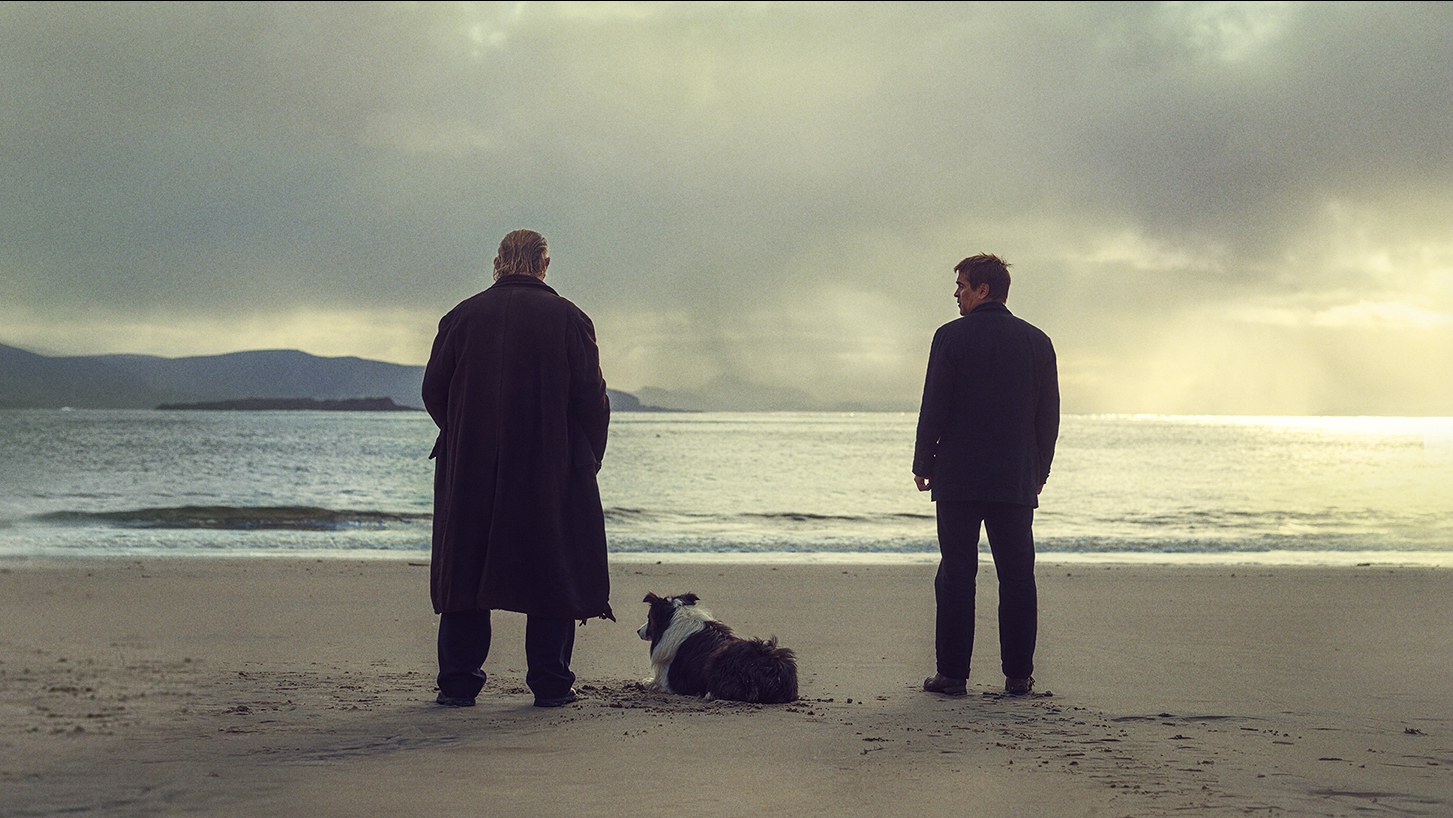 06. “The Banshees of Inisherin” by Martin McDonagh

How can a script so simple be so good? By telling the story of a man who literally decides to stop talking with his best friends because he doesn’t like him no more, Martin McDonagh creates an outstanding film about Irish culture, men’s stupidity, ignorance, and ridiculousness. It’s extremely subtle yet smart, along with incredible performances by Colin Farrell, Brendan Gleeson, Kerry Condon, and Barry Keoghan, making The Banshees of Inisherin one of the absolute best movies of the year.

I’ve always been a fan of Gaspar Noé, and even though he’s always been a controversial director, he seems to have found common ground with Vortex, because it’s really that good! Telling the story of an elder couple who little by little is consumed by dementia, the director delivers a very simple but powerful format of two screens that follow each person’s point of view, and how they react to their surrounding. The result is an extremely touching, sad, and celebratory film about life, death, family, cinema, and relationships, making this Gaspar Noé’s best work to date.

Winner of the Grand Prix at this year’s Cannes Film Festival, Close is Lukas Dhont’s beautifully heartbreaking movie about friendship. More than that, it’s a great metaphor for the friendships we kill by trying to lose our feminine side in the name of what other people might think. It’s more a movie about friendship than actually a gay-themed story, making Close a universal tale that could be applied to anyone, raising questions about affection and love in a very innocent, beautiful, and devastating way. Not to mention Eden Dambrine, who delivers my favorite male performance of the year.

03. “The Fabelmans” by Steven Spielberg

Steven Spielberg has really been doing some interesting work since West Side Story, and The Fabelmans is not only proof of that but it might also be my favorite Spielberg film. Being also another semi-autobiographical movie, The Fabelmans tells the story of a young boy who grows up fascinated with cinema along with his troubled family throughout the 50s and 60s. Being more a film about family and relationships than cinema itself, Spielberg builds a very personal, beautiful-looking film about the moments that shape our path, and how this ends up affecting the choices we make throughout our lives. The result is inspiringly outstanding.

You probably won’t find this film in most lists of the best movies of 2022 but this speaks to me in so many ways that I couldn’t not place it in such a high position. By telling the story of a group of young rebels who ends up making friends with a bullied kid from school, Beautiful Beings is an extremely simple yet powerful story about growing up in poverty, family dysfunction, and violence. It talks about male friendship, masculinity, and fitting in in ways that not many movies usually talk about, along with some magical realism that gives the film a special touch. Not to mention the beautiful cinematography, and the performances of these young actors. For someone who guards movies such as The Tribe, Billy Elliot, Kes, The 400 Blows, Billy Liar, and strong coming-of-age movies such as this as their favorite, Beautiful Beings is definitely my choice for one of the best movies of 2022. 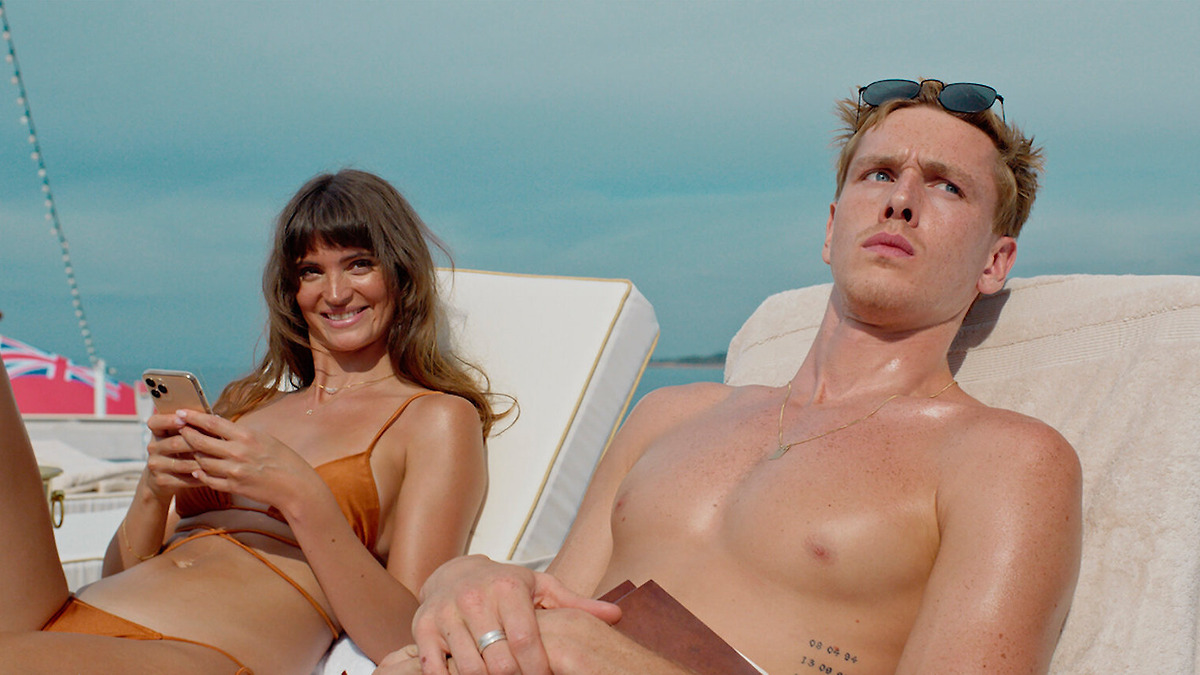 01. “Triangle of Sadness” by Ruben Östlund

Winner of this year’s Palm d’Or at the Cannes Film Festival, I was a little surprised at how many people didn’t really like this film. Maybe it’s all a question of taste in humor, but Triangle of Sadness is so crazy, smart, and absurd that I can’t stop considering this the best movie of the year for me. By telling the story of two influencers who go to spend a free vacation on a yacht, Ruben Östlund creates a movie full of hilarious situations that will test his characters and their values of fame, power, beauty, and social class through a script so creative and intense that it’s impossible not to love it. Definitely one of my favorite Palms, and my favorite movie of the year.

Some well-worth honorable mentions: Bones and All by Luca Guadagnino, Crimes of the Future by David Cronenberg, Blonde by Andrew Dominik, Argentina 1985 by Santiago Mitre, The Beasts by Rodrigo Sorogoyen, The Wonder by Sebastián Lelio, Corsage by Marie Kreutzer, Joyland by Saim Sadiq, EO by Jerzy Skolimowski, and Godland by Hlynur Pálmason.